After many days of unsuccessful Harrier-hunting I finally found a breeding site yesterday. Interestingly also 2 females around the nesting site at the same time and after 3,5 hours of waiting the male came around a couple of times. Above all one of the females actively hunted, caught and delivered prey to the nest about every 30 minutes. Quite a frequency! This is the first breeding I find this year and I do think there are more to come. The Montagu´s Harrier is a declining species in Sweden but they seem to have a good breeding year. Supposedly after a good winter with huge masses of grasshoppers in east Africa. Here they are on their northern limit. The counties of Västmanland and Uppland are the northernmost areas with breeding sites in Sweden. The island Öland is the stronghold for the species. I only got some distant pictures of this very capable female yesterday but maybe next time I will get the male too. 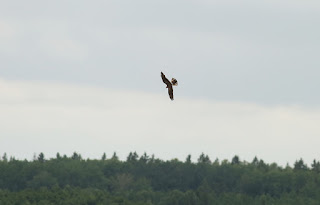 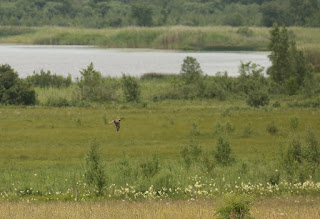 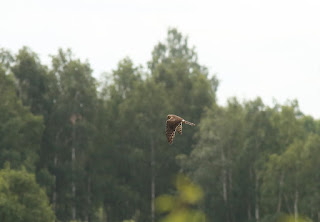 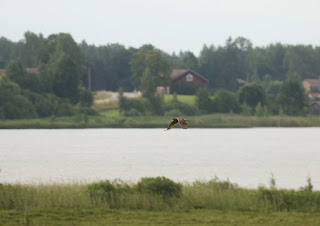 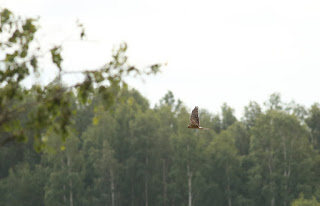 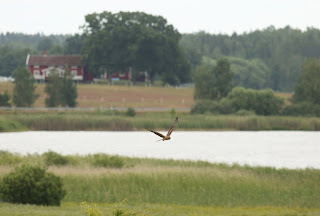 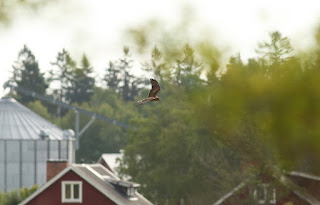 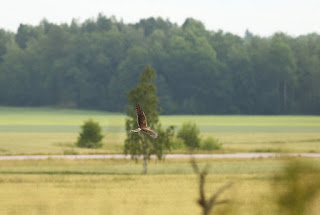 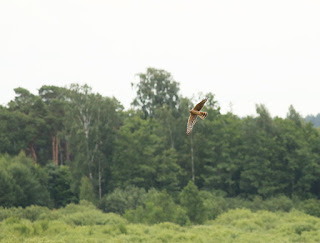 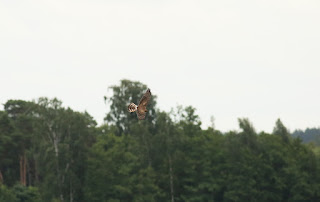 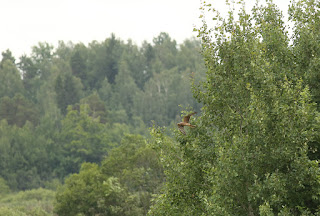