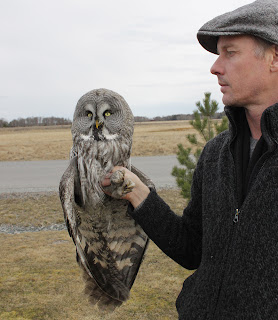 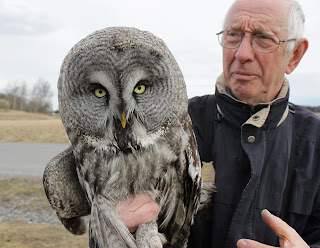 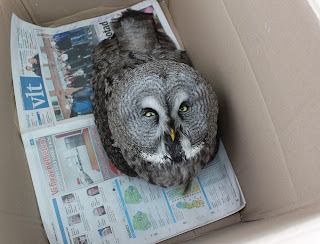 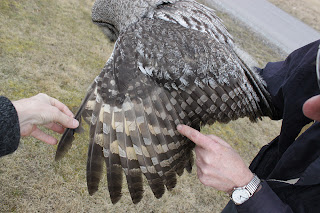 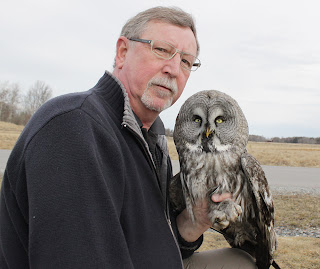 A Great Grey Owl was taken into care and brought to the pet hospital at Strömsholm yesterday. Today we brought it to Leif Sandgren at the Bird emergency in Örebro where it will be fed and hopefully recover in a couple of weeks. The Bird emergency (fågelakuten) just received a starving Hawk Owl  found in the city of Örebro. The 3:rd hawk Owl recently reported from central Sweden. It´s really unusual that northern owls like Hawk Owls start to appear in the south this time of the year. This is most likely due to lack of food in the north.
Upplagd av Daniel kl. 04:08 Inga kommentarer: 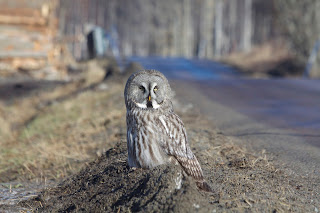 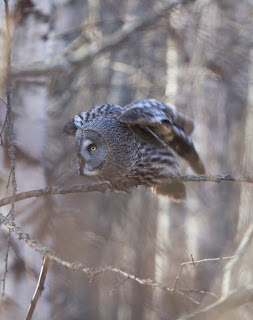 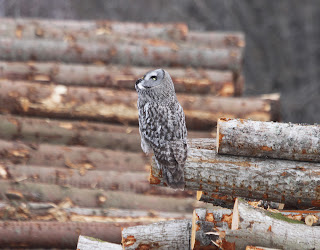 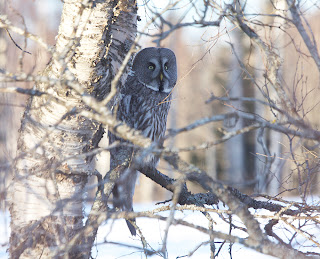 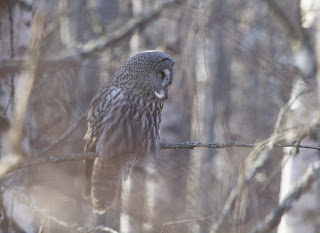 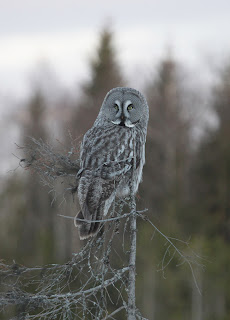 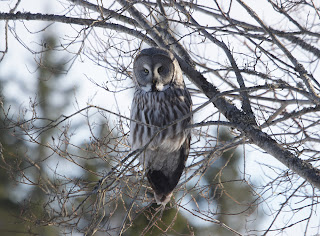 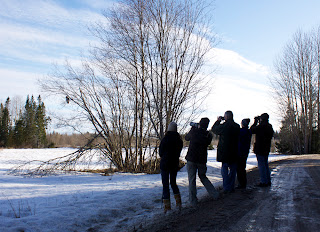 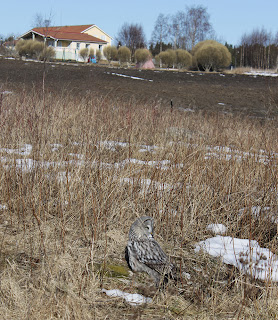 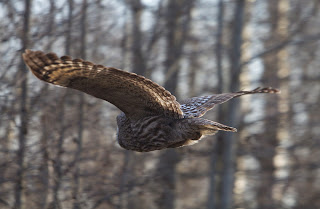 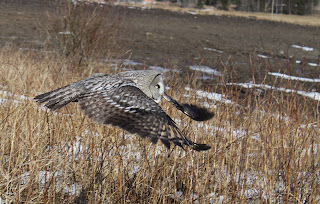 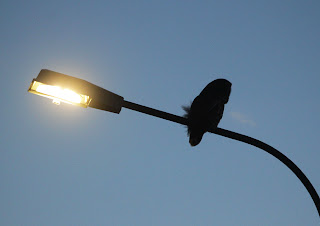 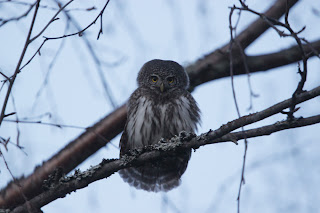 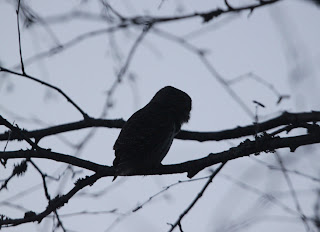 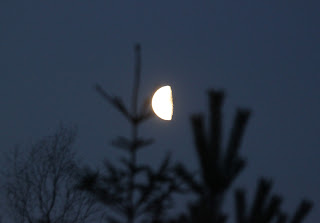 Found another Pygmy Owl this morning. Close it came (Yoda says). Sometimes it pays off to be out early. (05.00 a.m.)