The last week several Great Grey Owls have appeared in the central parts of Sweden. On this latitude they tend to be very invisible in wintertime, absent most of the time from known breeding areas. With the warm spell we´ve had the last weeks they suddenly became visible again. It´s not unusual that they appear when the snow thaws and they can find prey more easily on the open grass areas and meadows. Remains to see if this will be a good breeding season or not around here. We don´t see an abundance of voles yet. 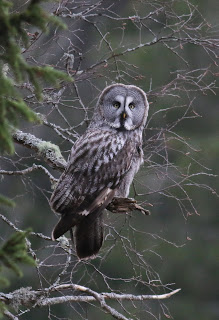 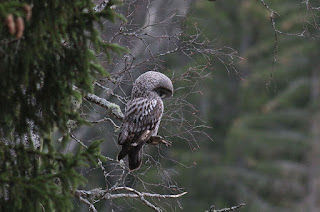 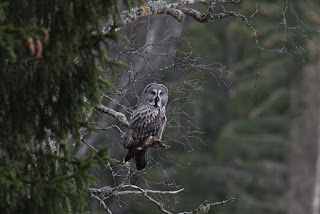 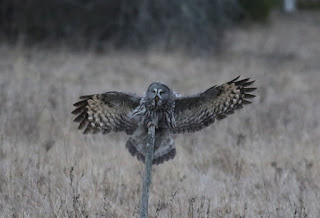 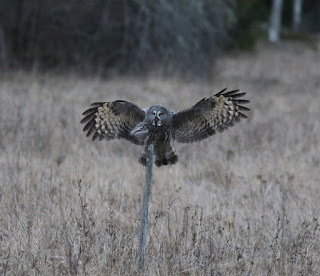 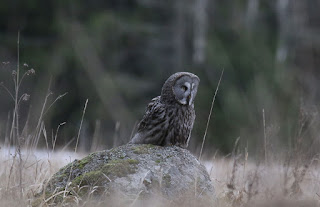