This weekend I saw a Scarce Tortoiseshell (Videfuks in swedish) at the birding site Asköviken near Västerås - a - still scarce - butterfly that is one of my favorites and that I feel I have a special relationship with. When I started seriously with butterflies 2006/2007 the Scarce Tortoiseshell or Yellow-legged Tortoiseshell (Nymphalis xanthomelas) - was a rare species in Sweden, only known from few sites. In my efforts to see all Swedish butterflies I did several long excursions to the southeast trying to see it in Blekinge and Öland (with Pav Johnsson fort instance), but all in vain. In July 2012 a major influx hit Sweden from the east and I went out to the island Runmarö in the Stockholm archipelago, with my wife Anne and a friend (Clas Tegerstrand)  and got to see my first ever specimen, with kind help from Anders Haglund (they where in fact in his garden - on a sapping tree). Read the blogpost if you like:
https://birdsafarisweden.blogspot.com/2012/07/yellow-legged-tortoiseshell.html

The following spring I stumbled upon 2 more videfuks in Färna ekopark, when bird guiding with Mikael Rhönnstad and they stayed to be twitched by Markus Rehnberg and Niclas Lignell from Västerås. They where the first (twitchable) in the region. Hopes that they would establish a steady population (no lack of host plants - willow and sallow) came to shame with a really wet and cold summer following the invasion. Since then they have been seen irregularly and in low numbers. After a couple of poor years we saw a spark of hope again 2019 with some specimen seen in the area in late summer. I had already spoke to some people about it this year and as I headed out this weekend I had it in mind, since a previous record on the same spot a couple of years ago. Also on this occasion I had just met Niclas (Lignell) on his way home (who told me he´d been thinking the same…and been looking for it), so on the discovery I called him and he rushed back to see this attractive butterfly. It struck me as so bright brick orange, and soaring around it looked big and powerful, I knew instantly what it was. It kept in the same spot for a good hour or so, chasing away Smal Tortoiseshell and Peacocks who came to close, clearly establishing a territory here. A female Adder and a lot of Blue Wood Anemonies added to this first really spring-like day this year. (T-shirt for a while even) :) 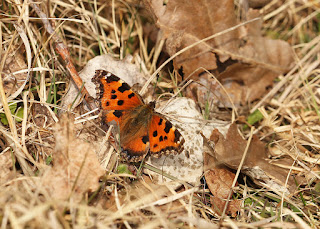 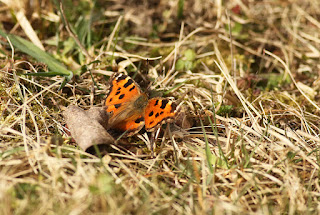 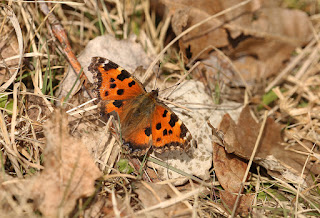 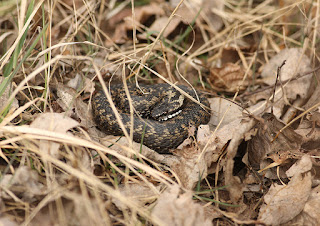 Yesterday there where White-fronted Geese present on several locations in my local area. The clear morning sky saw a flock of 60-70 flying northwards rather high up at Asköviken. I heard their piercing calls from far away. Later in the afternoon at least 250 birds where staging/ feeding near Hjälstaviken together with some Bean Geese and Barnacles too. I find these birds fascinating (the White-fronts). Not only have they increased noticeable in the last decades (used be a scarce bird or at least not numerous), but they also tend to stay longer in spring, especially the 100 or so that stage every spring in the Black River Valley. They often linger well into May and stay behind weeks after the more early Bean Geese. That makes me wonder where these birds actually breed? How far into Russia do they fly? Because certainly they don´t breed in Scandinavia. It would be interesting if somebody could raise some funds and start a project to put some transmitters on a few of the White-fronts on spring passage in the Black River area for instance! 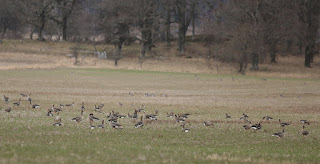 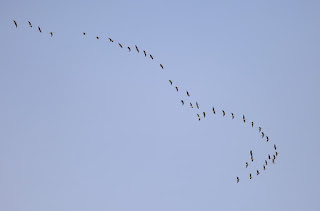 There seem to be Great Grey Owls around in some new places this spring. We are starting to hope this might be a better breeding season than last year. Although we had summering GGO´s in the area but none bread. Surveys indicate good presence of Ural owls and Pygmy owls too, so it looks hopeful of the birds at least. 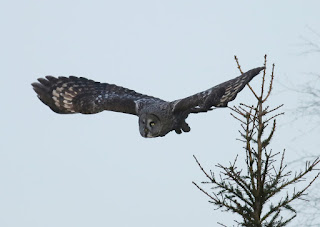 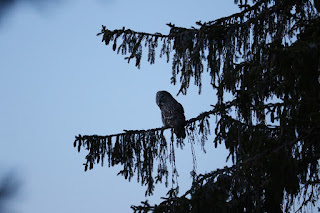 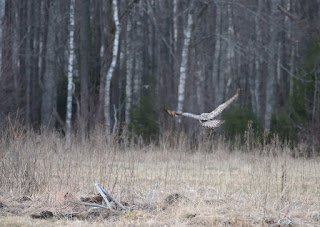 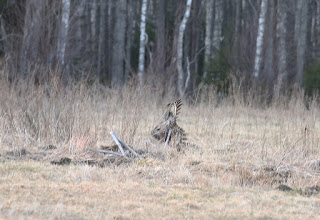 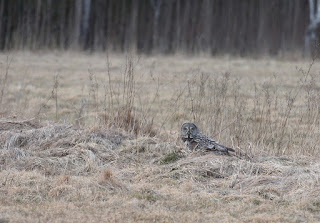 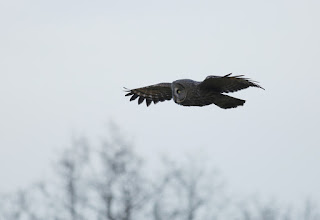 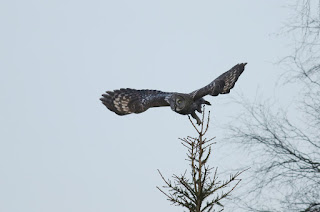 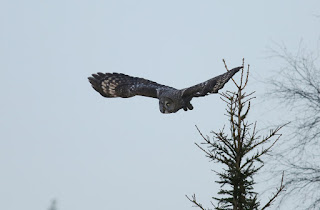 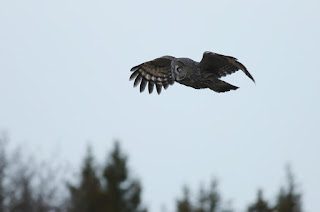