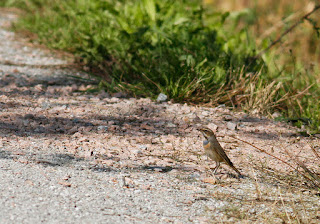 A Robin-like bird jumping on the side of a bicycle track in central Sweden is usually most likely to be…just a Robin. However this time of the year (late August - early September) it isn´t at all rare to find a Bluethroat. Carl von Linné gave it the scientific name Luscinia svecica, back in 1758, meaning "the Swedish Nightingale". It still fills me with a very old-fashioned nationalistic pride when telling people this!
Upplagd av Daniel kl. 13:56 Inga kommentarer:

The Osprey photography season is nearing it´s end but yesterday they were really at it. Several times we had 5-6 Ospreys around the boat, eager to catch the fish (local bream) that we throw them. We believe this is the only operation in Europe where you get such great possibilities to photograph fishing Ospreys at close range on an open lake. Young, talented photographer Simon Green, got some nice pictures. 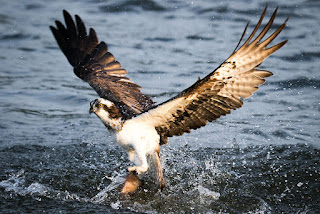 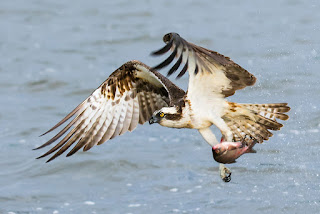 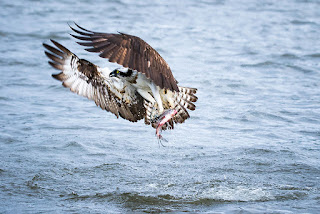 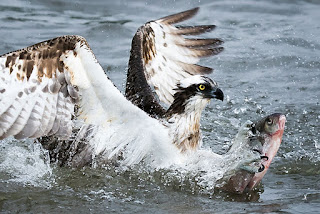 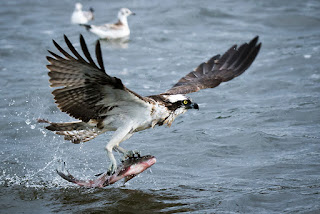 Hornet Moths in my garden

For the 2.nd summer I found Hornet Moths (Sesia apiformis) in my garden in Fläckebo. These creatures look like wasps or hornets but are in fact Moths in disguise. They lay their eggs under the bark of poplar trees. It can take them up to three years to develop from egg, through larvae and pupae to full imago. This is the third species of Clearwing Moths I have encountered in the garden this summer. 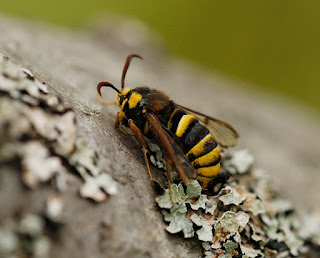 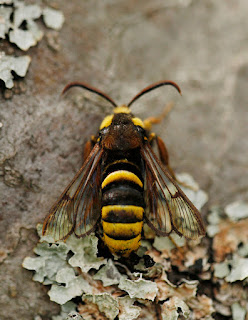 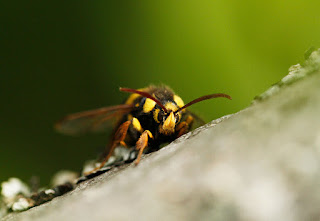 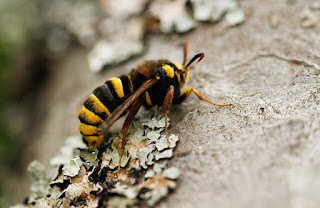