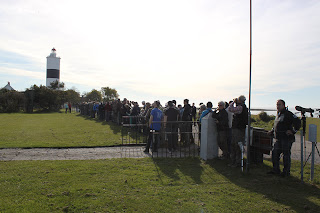 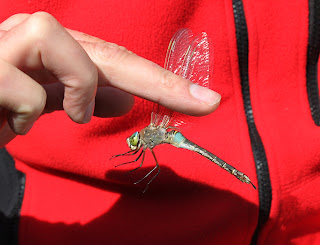 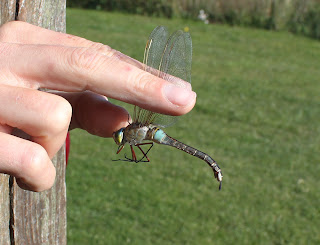 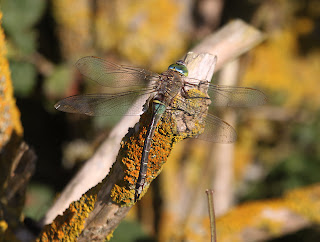 15:th of October 2011
Lesser Emperor Dragonfly (Anax parthenope) became a new species to Sweden only last year. This individual turned in to Ottenby Bird Observatory by a caring visitor was something like the 10:th record this year. So still a mega. Here showed to what is most likely the biggest crowd ever twitching a Dragonfly in Sweden. After release it posed in a bird cherry bush for quite some time but eventually took off and disappeared.
Upplagd av Daniel kl. 12:38