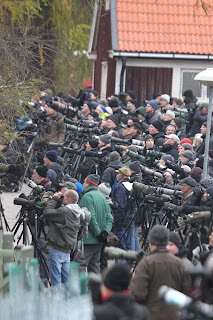 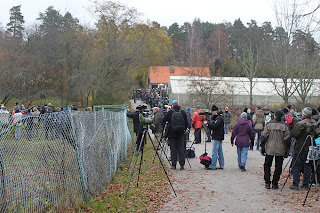 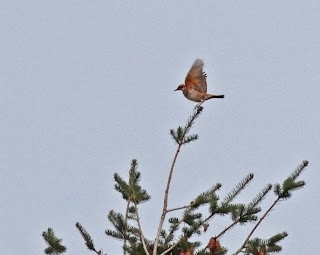 Dusky Thrush – a first for Sweden
Yesterday it became public knowledge that a Dusky Thrush (Turdus eunomus) resided in a garden just outside Stockholm. In fact it´s been seen already a week ago according to unconfirmed sources, but wasn´t identified until yesterday. Being a new bird to Sweden it attracted quite a crowd today. Even if it was quite skulking it stayed true to the same spot most of the time and appeared in the open to feed on berries for short periods. Sometimes it sat more in the open or even treetops. Dusky Thrush picture by Zsombor Karolyi. See more of his excellent pictures on his own photo-blog!
Upplagd av Daniel kl. 08:47