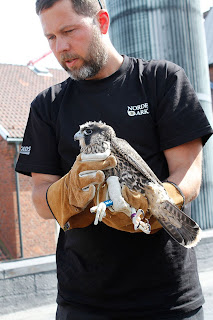 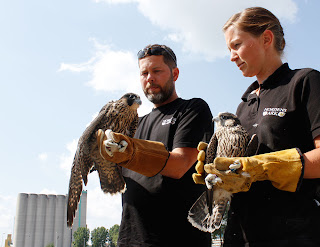 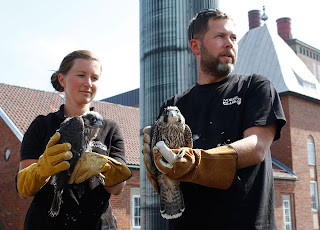 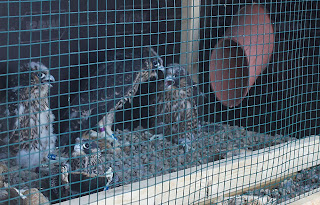 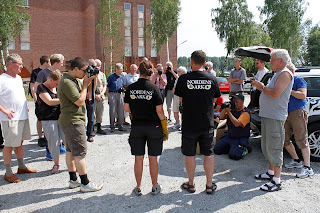 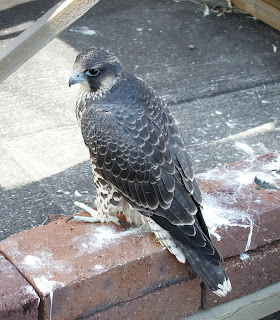 5 Peregrine chicks raised on Nordens Ark arrived to Västerås yesterday to be put in the new cage on a roof near the old steam boiler in the harbour area. A little fight broke out between two of them, that´s why one is still lying on it´s back in defense position. Meanwhile 2 of the chicks from the first clutch where cool on the old water tower sitting just outside the cage, they arrive some weeks ago and are fully fledged by now, coming and going as they want.
Upplagd av Daniel kl. 06:33