On my third attempt I finally spotted my first two Frejas Fritillaries in the county of Västmanland. It flies in the same habitat as Pearl-bordered Fritillary here, but in comparison it´s slightly bigger and duller in coloration, both features visible in flight. Only when you get a proper look you can see the different pattern and the white X on the underwing. I´ve been trying many times through the years to see this butterfly here on it´s southern limit. It´s a northern species much more common on moors and heathland up in the mountains of Lapland. Although known from only a couple of sites, with very few records per year here, this year also revealed new sites which indicates it´s likely to be overlooked after all. 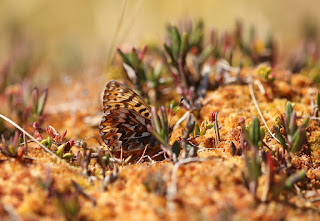 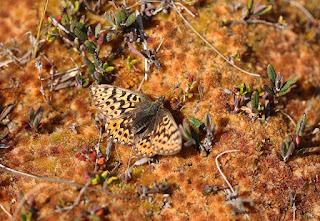 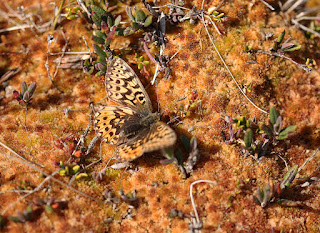 Hi Daniel, I like birds too, I have a blog, can you see it and follow me?, the name is bicheandoporelmonte.blogspot.com, I hope you like, greetings from Spain!